The Rev. Francis L. Markey Women in Ministry Speaker Series 2019:
A discussion of Women Deacons and their role in the church in the past and future. 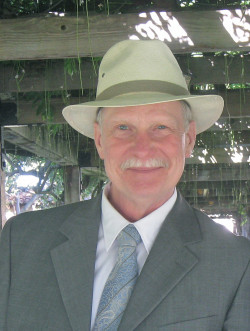 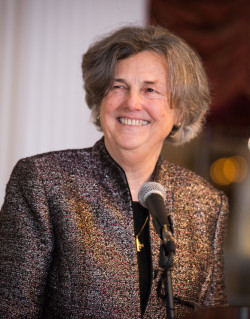 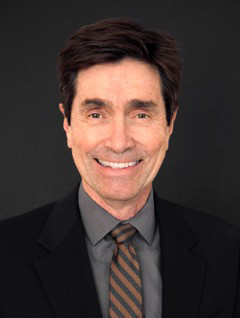 For more information on The Graduate Program in Pastoral Ministries at Santa Clara University, visit https://www.scu.edu/cas/academics/graduate-program-in-pastoral-ministries/

Dr. Phyllis Zagano is Senior Research Associate-in-Residence in the Department of Religion at Hofstra, where she has continued her research in the history of spirituality and the history of women in the church since 2002.  A baccalaureate graduate of Marymount College, Tarrytown, New York, she holds a Ph.D. from the State University of New York and three master’s degrees. She has twice been awarded Fulbright Fellowships and has lectured throughout the United States and Canada, as well as in Ireland and Australia.  In addition to being an acknowledged expert on the question of restoring women to the ordained diaconate in the Catholic Church, Dr. Zagano has authored 23 books, many award-winning.  In August 2016, Pope Francis appointed her to his Commission for the Study of the Diaconate of Women which has recently concluded its work.

Dr. Gary Macy, Professor of Theology at Santa Clara University, received his Bachelor’s and his Master’s degrees from Marquette University and his doctoral degree from Cambridge University in 1978. He has published ten books and over twenty articles on the origins of Christianity, its history and ritual. In 1991-2, Dr. Macywas Heroditus Fellow at the Institute for Advanced Study in Princeton and during the 2005-2006 academic year Senior Luce Fellow at the National Humanities Center. Dr. Macy’s most recent book was the edited volume, A Companion to the Eucharist in the Middle Ages, from Brill Publishing in 2012. He is past Director of the Graduate Program in Pastoral Ministries and collaborated on a book with Dr. Zagano whose title is the topic of this events series.